Ever since the Central government passed on the revised penalty regime for violating the traffic rules, people have been slapped with heavy fines.

In majority of the cases, citizens have been totally unaware of the changes that have been introduced in the recent Motor Vehicles Act, and they have no option left after being caught but to pay fine for multiple violations.

Recently, traffic cops in Delhi’s Sheikh Sarai area were carrying out a drive against ‘drunken driving’ when they caught a man who is identified as Rakesh.

Following a breath alcohol test, it was learnt that Rakesh had a 200 mg level against the permissible limit of 30 mg. The cops slapped a fine of Rs 11,000, along with other violations like ‘not producing registration papers’ as reported by TOI.

When the cops added that his bike was being impounded according to law, Rakesh was annoyed as he pulled out the fuel pipe of his bike which cost him Rs 15,000 – and then set it on fire.

When the fire team was called in to drench the fire, police detained Rakesh. Besides paying up the huge challan amount, he will also be punished under sections of mischief under explosive substance.

On Thursday, Joint Commissioner of Police (traffic) Narendra Singh Bundela, mentioned in a letter that all the traffic police officials will have to pay double the fines set under the amended law (Motor Vehicle Act, 2019) for violating the traffic rules, be it driving official or private vehicles.

As per the newly-amended Motor vehicles Act, there is a penalty of Rs 10,000 for drunk driving while Rs 5,000 for riding without driving licence. 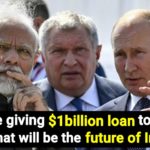 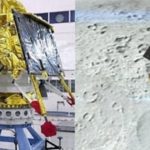