Bollywood actress Sara Ali Khan was on the receiving end of trolls and abuses on social media platform after she shared a photograph celebrating Ganesh Chaturthi, just because that she is a Muslim.

Well, what is really wrong with people’s mindset nowadays?

Sara Ali Khan, who is the daughter of actor Saif Ali Khan and Amrita Singh, took to her micro-blogging platform Instagram, to wish her fans on Tuesday.

She captioned the picture, ‘Ganpati Bappa Morya!! May Ganesh Ji remove all your obstacles, and fill your year with laughter, positivity and success. ????????????????? #happyganeshchaturthi’.

She faced flak on social media for posting the picture with the Hindu god. Apparently, the image did not go well with plenty of users, who claimed the actress is Muslim and should stick to Islam.

One user event went to a further extent saying that a ‘Fatwa’ needs to be issued against Sara. ‘Shame on you if you are Khan then don’t change god,’ a user said. 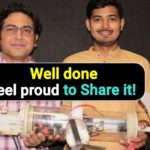 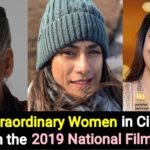