Following the success stories of Indian athletes of late, yet another milestone has been unlocked by the U-17 Indian football team. The team coach and the fans couldn’t have asked for a better response from the team that won the tourney by beating Pakistan in the final.

Be it any sport, the sporting carnival between India and Pakistan is so special. In what was a proud moment for Indian Football, the U-17 boys displayed exemplary skills on the pitch as they beat Pakistan 3-0 in the final at Students Olympic Asian Games in Thailand’s Pattaya.

Most people thought that India would collapse with respect to unfamiliar climes but our boys showed intensity, tenacity, grit and determination against all the opponents and emerged as the winners of the competition. This is a sure sign that India’s sporting future is in safe hands.

It’s so sad that the media didn’t highlight our champions who came through with flying colours. Executive Member of Sports and Youth Affairs of ADC Parikhshit Murasingh welcomed the boys when they returned home. The boys made India proud as they became the best football team of Asia Continent. In the tournament, India comprehensively defeated Bangladesh in the quarter-final and Thailand by 7-0 goals in the semi-final.

On combining the game with caution and aggression, they were able to outsmart the opponent at the best scene. How about that for a victory! We need to share this news and promote as much as possible and that’s the best gift we can give to them. Our unconditional love and support are always there.

According to ANI’s twitter handle, “Football players from Tripura, who were members of the U-17 football team which represented India at Students Olympic Asian Games in Thailand & beat Pakistani team by 3-0 in the final, returned to India on 2nd August. The team also comprised members from Delhi & Haryana.” 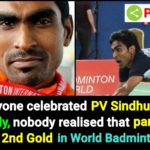 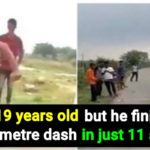