Driving without a helmet is highly risky and nobody knows what the real consequence is if someone met with an accident. Time and again, traffic policemen keep advising the citizens to wear helmets while driving because life is precious.

Sometimes, people feel discomfort in wearing helmets and which is why they are least bothered to wear it. But time will surely teach a lesson to those people why wearing helmets is important while driving.

They are designed and made for people’s safety. But, you don’t often see a majority of people wearing helmets in India and that’s the truth.

After increased awareness about wearing helmets, the demand for helmets is high now. Almost every rider has a helmet at home. Some forget to wear it while others are not interested to wear it at times and they specifically have no reason for it.

However, as a citizen of India, we should remember that safety is the priority over anything else. We should take care of ourselves.

Driving without a helmet is illegal and with motor vehicle act came into force on September 1, many are getting trapped at the hands of traffic police for not wearing helmets. However, Indians still managed to find a new trick to deal with traffic policemen.

IPS Pankaj Nain, posted a funny video on his social media account showing citizens without helmets walking their two-wheelers. The video is captioned, ‘Driving without challan is illegal, walking is not.’

There are around tens of people without helmet, walking their vehicles past the traffic policemen and the latter cannot stop them because those people are not DRIVING their vehicles but walking with them. Wow!

Even the IPS officer seemed pretty impressed by people’s innovation. His tweet read, ‘This is hilarious. Innovative ways to avoid traffic challans.’ 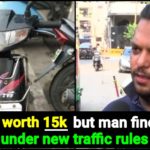 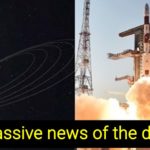