In a humanitarian gesture, the Bahrain government pardoned as many as 250 Indians serving sentences in the Gulf nation during Prime Minister Narendra Modi’s first visit to the oil-rich nation.

Narendra Modi expressed his gratitude to the Bahrain leadership for the Royal pardon.

As per official data, 8,189 Indians are lodged in several prisons in foreign countries, with Saudi Arabia having the highest number standing at 1,811 followed by the UAE at 1,392.

However, it was not very clear as to how many Indians are actually lodged in jails in the Gulf kingdom.

“In a kind and humanitarian gesture, the Government of Bahrain has pardoned 250 Indians serving sentences in Bahrain,” the Prime Minister’s Office (PMO) tweeted.

“The prime minister has specially thanked the King of Bahrain and the entire Royal Family for their kindness and the compassionate decision,” it added.

During his short stay in the oil-rich country, Narendra Modi held a bilateral meeting with his Bahraini counterpart, Prince Khalifa Bin Salman Al Khalifa, after which a series of Memoranda of Understanding (MoU) was exchanged in the fields of space, solar energy, culture and on the roll-out of RuPay card. 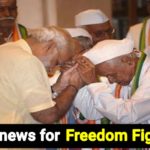 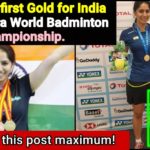