There is no hiding to the fact that our country’s independence was hard-fought. When Britishers ruled over our lands for such a long time, they treated us harshly. At the need of the hour, our freedom fighters were ready to give absolutely everything for India, even if it means sacrificing their own lives.

With so much love and affection for the people and the country, our heroes stood up and fought against the British. So many freedom fighters worked beyond the call of duty to contribute to the nation. Some even worked behind the scenes but sadly, these heroes are forgotten by us. They were not shown in History books.

Freedom fighters fought equally hard but never had any intention to get famous because they never cared about themselves and all they cared was seeing an independent India. But as Indian citizens, we should praise our heroes.

On the dark side, some freedom fighters who fought alongside many big legends are struggling for shelter.

The Chief Minister of Puducherry, V Narayanasamy announced a Rs 1,000 hike in the state pension for freedom fighters.

Appreciating and felicitating the freedom fighters at a function organised the department of information and publicity on the occasion of the 58th De Jure Transfer Day, he added that a monthly pension of Rs 8,000 was presently paid to each freedom fighter.

From now on, the freedom fighters would get a monthly income of Rs 9,000, he said.

He said there has been a request for a raise in the state government-sponsored pension, this is the reason why there is a hike by Rs 1,000. 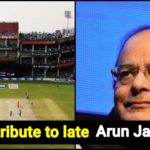