In what comes as a historic day for Muslim women across the country, the Triple Talaq Bill which is aimed at empowering Muslim ladies was finally passed in the Rajya Sabha today (Tuesday).

The Muslim Women (Protection of Rights on Marriage) Bill, 2019 criminalises quick triple talaq among Muslims and also attracts a jail term of three years for the husband.

The Bharatiya Janata Party (BJP) government is bringing the law on ‘triple talaq for the social, financial and constitutional empowerment of Muslim ladies in India, said Union Minister of Minority Affairs Mukhtar Abbas Naqvi in the Rajya Sabha on Tuesday.

“Our government is working towards inclusive development of all. We are bringing the Triple Talaq Law for the social, financial and constitutional empowerment of Muslim women in the country,” Naqvi said.

In a first, the Uttar Pradesh police detained a man on the command of state Chief Minister Yogi Adityanath, after his wife had alleged that her husband had given her triple talaq.

This is the first-ever case after the ordinance on ‘triple talaq’ came into effect. The police arrested the man identified as Zikru Rehman who is a resident of Malpura area after his wife by the name of Tarannum Begum complained to UP CM Yogi Adityanath alleging that her husband had given her ‘triple talaq’.

As per the complaint, Tarannum Begum had reported that she had been married to Zikru Rehman for 5 years and has three kids.

She even added that she was being constantly tortured by Rehman since marriage and was given triple talaq by him only last week after marrying another girl from the madrasa where he was teaching.

She then claimed that she had been forced to move out of the house after being given triple talaq, after which she requested the CM to take strict action against Rehman.

Tarannum got a call from Chief Minister’s office based on the complaint given by his wife, and upon further verification of the facts, the local police were passed the order to take action in the matter. The hunting started fast and as a result, the police detained Zikru Rehman under the Muslim marriage Protection Act.

Expressing her delight over the immediate action taken by the UP Chief Minister’s office, Tarannum Begum told India Today that she always had faith that CM Yogi Adityanath will definitely take strict action in her case and that she was very grateful for the quick action.

Talking about the police action in the triple talaq matter, social activist identified as Amir Qureshi said that it is really heartening to see that the government is finally taking the decisive steps to earn the trust of millions of Muslim women living in India. He also said that this new act will teach the Muslim men a big lesson that wives should not be treated as property and should be treated only with respect and dignity.

In another shocking incident, the husband gave Triple Talaq to his wife when she asked Rs 30 to buy Sabji. 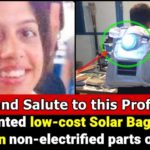 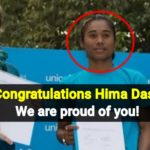