India’s gem Mary Kom once again showed everyone why she is the most talented boxer in women’s boxing history. She outsmarted Australia’s April Franks 5-0 in the 23rd President’s Cup and won the gold medal in the 51kg category final in Labuan Bajo, Indonesia.

For Mary Kom, making the country proud on the global stage has always been the first priority. The six-time world champion took to her social media account and expressed her happiness in the wake of a marvellous victory.

Mary Kom got hold of yellow metal at the India Open boxing tournament in May. Nonetheless, she backed out as part of a larger strategy in order to strengthen her chances of Olympic qualification.

Yes, the Olympic bronze medal winner has already set a target. She will now be aiming to qualify for the 2020 Tokyo Olympics when she takes part in the World Championships which will take place in Yekaterinburg, Russia. The 2019 World Boxing Championships for women will be organised from September 7 to 21.

Besides Mary Kom, there were other boxers who enjoyed a fair bit of success as they ended up with a podium finish. Coming to the men’s 49kg category, Neeraj Swami bagged the gold medal after getting the better of Philippines’ Macado Jr. 4-1.

In the men’s 52kg category, Ananta Prahlad Chopade came through with flying colours as he defeated Afghanistan’s Rahmani 5-0 to win the gold medal. In the women’s category, Simranjit Kaur beat Indonesia’s Asian Games bronze medallist Hasanah Huswatun 5-0 in the final to win one more gold and added another medal in the tally for India. 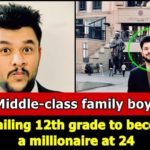