We are living in a country where cricket is seen as a religion. Even before the World Cup had started, media gave complete non-stop coverage to warm-up fixtures.

How many of you all know that our athletes brought glory to India? We totally forgot about this news as the media was busy promoting only the bat-ball game. At least for once in our lives, let’s show some respect to other sports as well.

Sakshi Malik and Vinesh Phogat clinched a Bronze medal for India at Asian Wrestling Championships. Sakshi Malik is a professional woman wrestler by trait. She also became the first female Indian wrestler to win a medal at the Olympics.

Then the Indian contingent concluded on a high winning 16 medals at the Asian Wrestling Championships. The wrestler Harpreet Singh also won silver in 82 kg while Gyanender settled for bronze in 60 kg.

As far as Rugby, 26 Indian women created history on June 22 as they won their first-ever international 15s rugby match. The ones who represented the nation were mothers as they left kids at home for grandparents to babysit and some even left jobs.

Rugby India had posted: “Our Indian Women’s Rugby Team creates HISTORY!!!” The word in all caps demanded instant attention. “India pull off a stunner against top-ranked Singapore to register their first-ever test match victory! We tip our hats to you ladies. Go INDIA.” 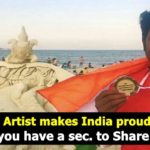 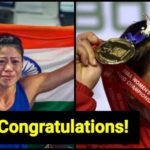