Though it has massive growth in India, it has come largely under fire for promoting misleading content.

In a shocking incident that has gone viral on social media, a woman constable has been suspended with immediate effect for shooting TikTok videos inside a police station in Mehsana district of Gujarat on Wednesday.

Currently, Chaudhary is posted in Langhanaj police station in Mehsana district. She has an account on TikTok where she regularly posts short 10 second clips from her police station.

“A video on TikTok was brought to our notice where one of the woman constables was seen dancing inside a police station. By the video, it was apparent that she was violating two rules, one of not wearing uniform inside a police station and the second of her using a cellphone on duty. She has been suspended and an inquiry has been initiated against her,” said Nilesh Jajadia, superintendent of police, Mehsana. 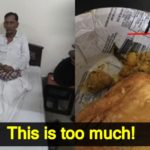