In a strange turn of events, in a Kolkata hospital, three men are currently fighting among each other to be the father of a newly born baby delivered by a woman.

The private nursing home which is located in Baghajatin in the southern fringes of the city is totally confused over this situation as nobody knows who is the father of the baby. Even police were left clueless. The mother of the baby is not telling the truth.

It was on Saturday that the woman Sapna Maitra was admitted to the nearby hospital by Dipankar Pal, who claimed to be her husband. On Sunday, Sapna gave birth to a new-born baby girl. But the problem started soon after that.

After seeing Sapna’s WhatsApp status update, a man named Harsha Khetri rushed to the spot who claimed to be Swapna’s husband and father of the baby.

The hospital then decided to take this issue to the local Netajinagar police station. Harsh, however, was carrying a marriage certificate along with him including several other documents to justify his claims. However, the first man admitted that he was just a “friend”.

But the authorities did not allow either of them to enter the hospital room where the newly born is staying.

Security guards were positioned outside the room just to make sure that things don’t get worse. There came another twist in the story. One more person called Pradip Roy reached the hospital and then claimed that he is the legal father of the kid.

Absolutely perplexed by this scene, the hospital authorities asked the police to provide full security to the mother and the baby girl.

As the confusing drama was stretched till midnight, the police finally got permission to record the woman’s statement.

“The woman did not hesitate. She immediately told us that the second person, the one with the marriage certificate, was both her husband and her daughter’s dad,” a police officer told TOI.

Speaking about her “complicated” affair, the woman informed the police that she got married to the second person in April 2019.

She also said that the man refused to accept her as his wife but then married her after she lodged a complaint of rape against him.

Meanwhile, the woman’s husband said the two of them first met in a club. When she got pregnant, he said he asked for time, but the woman filed a complaint.

“We finally got married but our families never accepted the marriage and so we started living separately,” the woman’s husband was quoted as saying by the daily.

The man also admitted to the police that he realised he had become a father from her WhatsApp status.

Even now, the question regarding who is the rightful father still remains unanswered. 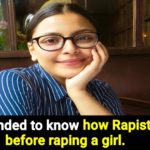