A shocking incident has come to light depicting how a mob, that was protesting against the lynching of 22-year-old Tabrez Ansari, caused massive violence in Jharkhand’s Ranchi on Friday.

Ansari was brutally smashed by a mob in Dhatkidih village in Seraikela district in Jharkhand on June 17 on suspicion of “bike theft”. He was also forced to chant the devotional slogan ‘Jai Sri Ram’ and unfortunately, the victim succumbed to his deadly injuries on June 22.

The incident came to the fore after the video went viral in which a crowd was seen beating up Ansari, who was tied tightly to a tree. The Jharkhand Police arrested 11 people in the case.

To register their protest against the shocking incident, as many as 500 people gathered at the Urs ground in Ranchi on July 5, reportedly without seeking prior permission of the district authorities.

Nonetheless, the rally against the mob lynching soon became violent with the demonstrators creating a noisy situation and blocking some roads. Some protesters also reportedly injured youths with a knife and then thrashed some people and damaged windowpanes of vehicles in Ranchi.

They also went on to attack a bus carrying college students and smashed its windows. It has been learnt that the bus which was passing by from the area turned out to be the target of the angry mob.

According to the reports, some of the elders in the rally terrified youth who had resorted to violence during the rally.

On Monday, Jharkhand High Court asked the state government to submit a report on the mob lynching of 22-year-old named Tabrez Ansari and the violence that happened in Ranchi on June 5.

Previously this month, violence broke out in UP’s Agra and Meerut during ‘unauthorised’ protest process taken out against Ansari’s lynching.

The issue was mentioned by PM Narendra Modi in Parliament. On June 26, the Narendra Modi said the lynching case in Jharkhand pained him.

“The lynching has pained me. It has saddened others too. But some people in the Rajya Sabha are calling Jharkhand a hub of lynching. Is this fair? Why are they insulting a state?” PM added.

The incident was also condemned by Rahul Gandhi, who tagged it as a “blot on humanity”.

“The brutal lynching of this young man by a mob in Jharkhand is a blot on humanity. The cruelty of the police who held this dying boy in custody for four days is shocking as is the silence of powerful voices in the BJP-ruled Central and state government,” he tweeted. 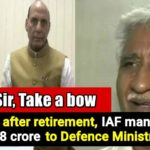