But have you seen anyone who has failed more than 35 exams and still giving absolutely everything to crack the exam? Yes, he is none other than Vijay Wardhan. The man who secured 104th rank in UPSC Civil Services exam in the year 2018 failed in more than 35 exams before touching the pinnacle of success.

This is an inspiring story for all those who have failed in an examination and after reading this, it will certainly give you the much-needed boost to perform well even after failures. Vijay’s story teaches us grit, determination and to not give up no matter how hard the situation is. Well, it took him 5 attempts to finally crack the UPSC Civil Services examination and then 30 odd other government examinations.

Vijay’s journey started in the year 2013 when he came to the national capital after finishing his bachelors in electronics and communication engineering from Hisar, which is his hometown. He came to Delhi in order to prepare for UPSC Civil Services exam.

It took him over 6 years and several failed attempts to hit the bull’s eye. In these many years, Vijay was busy preparing for exams as he appeared for more than 35 government exams which he was not able to crack.

In 2016 and 2017, he appeared for the exam but could not clear it. Even after failing, he tried again in 2018 and this time he made it. From clearing the UPSC Prelims to mains followed by the interview, Vijay Wardhan kept crossing all the challengers. Finally, he came through with flying colours as he secured 104th rank in the UPSC Civil Services 2018.

His journey doesn’t really talk only about UPSC Civil Services examinations. He had attempted a total of 35 examinations but was unsuccessful. Vijay appeared for several Grade A and Grade B government exams like UP PCS, Haryana PCS, Punjab PCS, SSC CGL, LIC, NABARD, ISRO, Haryana Excise Inspector, RRB NTPC, RBI Grade B.

Despite tasting a fair bit of success in most of these exams like clearing the prelims, he remained unsuccessful in cracking the main exam or interview.

With so many failures in his life, Vijay continued to work hard. The more he failed, he got much better than ever before and on April 5, all his hard work and dedication reaped him rewards. Vijay Wardhan opted for Indian Police Services. 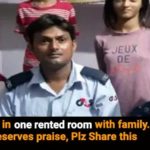 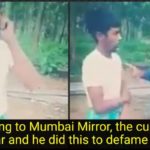