It was a forgettable day for all the Indian cricket fans as New Zealand knocked India out of the ICC Cricket World Cup semi-finals. Indians gave absolutely everything on the matchday but in the end, the Black Caps managed to claw their way back into the game and won by 18 runs.

The turning point of the game was Martin Guptill’s sensational throw to run MS Dhoni out as the latter was a whisker away from reaching the crease. Billions of hopes were shattered soon as MS Dhoni walked off the pitch.

Soon as he was run-out, Dhoni was spotted crying while he was making his way back to the pavilion. It was a sad scene.

Meanwhile, India’s opener Rohit Sharma too shed tears at the dressing room after the finisher Dhoni got out. Rohit never deserved an ending like this. He was the one who lifted the team’s morale in the league stages, scoring 5 centuries to his name, which is a world record.

He even broke Kumar Sangakkara’s record of 4 centuries scored in a single World Cup tournament. With 5 centuries and a half-century, Rohit Sharma’s contribution to Indian cricket at World Cup will forever remain in the hearts of Indian cricket fans. 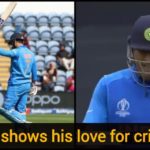 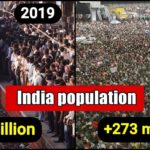