Countless onlookers would still get goosebumps when they hear the name Sunil Chhetri. A name synonymous with guile, deft control over the ball and clinical finish. There is an aura to his movement when the Indian captain touches the ball.

Sunil Chhetri once again stole the spotlight as he surpassed Lionel Messi to become the second-highest goalscorer in international football among active players.

He scored a sensational brace against Tajikistan in the opening fixture of the Intercontinental Cup and in the process, he overtook Messi.

Only Cristiano Ronaldo is well ahead of Sunil Chhetri as the former still tops the list of highest goal-scorers among active footballers in the modern era. He has scored 88 goals for Portugal.

Chhetri now has 70 goals to his kitty for India as he surpassed the tally of Lionel Messi’s 68 goals.

With Indian fans’ support, it is very much certain that the Indian football revolution has just begun. The support was not just in the stadium but was also seen off the field as well. 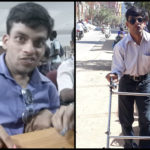