In sensational news, India is on its way to being a $3 trillion economy in 2019-20, said finance minister Nirmala Sitharaman while outlining her maiden Union Budget on Friday.

“Our economy was $1.85 trillion when we assumed power (in 2014) and it reached $2.7 trillion (in five years since),” said Nirmala Sitharaman while highlighting her government’s vision to make the country a $5 trillion economy by 2024.

However, she said that India would need much more investment in terms of infrastructure, digital economy and job creation in small and medium organisations in order to to achieve the government’s vision of $5 trillion economy.

“I am confident we will achieve our goals. With determined human effort, the task must be completed,” Nirmala Sitharaman explained.

As far as Purchasing Power Parity (PPP) is concerned, India became the third largest economy in the world after the US and China, the finance minister added in a statement.

Prime Minister Narendra Modi, who secured a second term in office in May urged all the states to work together in a bid to combat socio-economic problems and to make India a $5-trillion economy by 2024, which he added that it was a “challenging, but achievable” goal. 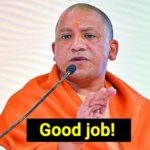 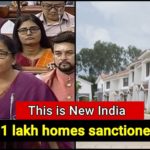