The ever-so dangerous ‘Cyclone Fani’ ripped through Odisha coast two months ago, with torrential downpour and storm causing mass destruction to the state’s infrastructure and the environment.

The state is slowly recovering from the destruction as busy works are going on to rebuild the infrastructure which got badly destroyed. As many as 22 lakh trees were uprooted during the crisis and the state lost the core part of its green cover.

In a bid to restore its cover and to make city green, Odisha is now planning to plant 6 crore saplings.

Odisha CM Naveen Patnaik announced that the state Forest and Environment Department will plant 6 crore saplings and distribute additional four crores among various organizations and the public with a view to expanding the green cover.

Among all these, five lakh saplings will be planted in the forest divisions of Khurda, Bhubaneswar, Cuttack, and Puri with 70,000 saplings planned in the Twin City alone.

The CM also added that his government has planned to plant 80 lakh saplings in cyclone-affected coastal districts under post- Fani Coastal Shelter Belt and Afforestation Mission. Also, 50 lakh saplings will be distributed among the public (free of cost).

He then appealed to the school students of the state to plant at least one sapling each and take care of it.

As per the government, some 22 lakh trees including 14 lakh coconut trees were uprooted by the cyclone in May. It has been said that the state capital Bhubaneswar alone lost roughly around one million trees. 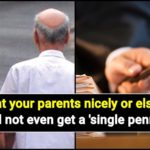 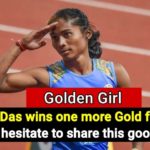