Conventional plastics take over 500 years to break down after sitting on soil and we have already messed it up by littering all kind of plastic waste. Upon studying plastic and its properties, a Hyderabad-based mechanical engineer created a revolutionary discovery by making use of the plastic to good effect.

Satish Kumar has founded a company registered with the ministry of micro, small and medium enterprises. In a recent interaction with News18, he told that he made petrol with the help of a three step process called as plastic pyrolysis. With the help of this technique, he has created wonders now.

The professor also went on to explain in detail about the process.

“The process helps recycle plastic into diesel, aviation fuel and petrol. About 500-kg of non-recyclable plastic can produce 400 litres of fuel. It is a simple process which requires no water and doesn’t release wastewater. Neither does it pollute the air as the process happens in a vacuum,” Kumar told News18.

He has converted 50 tonnes of ‘end-life’ plastic that can’t be recycled into petrol. Presently, his company is producing nearly 200 litres of petrol a day out 200 kg of plastic and the company sells it to the small scale industries for Rs 40 to 50 per litre.

The fuel is now being used by industries, but it is yet to be tested whether it works in vehicles or not. Except for Polyvinyl Chloride (PVC) and Polyethylene Terephthalate (PET), all other kinds of plastics can be used to make petrol.

“Our main aim behind starting this plant is to help the environment. We are not expecting commercial benefits. We are only trying to do our bit to ensure a cleaner future. We are ready to share our technology with any interested entrepreneur,” he said. 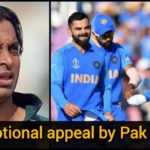 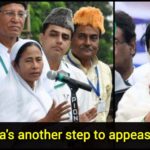