Ooty (Ootacamund) hill station which is situated in Tamil Nadu has taken a brilliant decision to ban the single-use plastic items and this is indeed awesome.

The Nilgiri District Administration which Ooty comes under has put a complete ban on items including water bottles, soft drinks and food items packed in plastic wrappers along the highways leading to the district’s major towns. The plastic ban will come into effect from August 15 onwards.

The Nilgiri District Administration had announced the ban in the aftermath of Madras High Court order last month which directed the Collector to prevent entry of all kinds of plastic packages into the district.

The court order came in a petition filed by Nilgiri resident who alleged that because of scores of tourists who visit Ooty regularly, the hill station is slowly turning into a garbage dump because of the plastic waste they leave behind without even caring about the environment.

They have been asked to use recyclable plastic containers to carry water. Also, RO water stations will be set up along the highways leading to Ooty and at major tourist spots.

Previously, this month, the Madras HC extended the ban on plastic to another tourist destination, Kodaikanal hill station in Dindigul district.

Hinduism should not be viewed through the narrow prism of Marxism 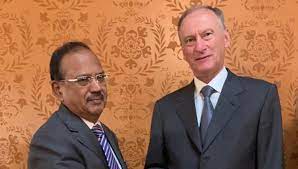 Danish Kaneria was treated unfairly by my teammates because he is Hindu: Shoaib Akhtar