There are some people who take care of their parents till their last breathe whereas some fail to do the same which is deemed contrary to the spirit of human values.

So, caring for aging parents should be the top-most priority for the children. Hats off to Bihar government for taking a brilliant initiatibe! They have taken a measure that children should take responsibility in taking care of their parents or else they may face jail time.

The measure was approved by the state government in May this year and a fund of Rs 384 crore was sanctioned for the same. An official added that the sum for the Chief Minister Old Age Pension Scheme was also transferred from the Bihar Contingency Fund.

To give monetary relief to parents who have been abandoned or ill-treated by their own children, the government has put important measures in place to make sure the punishment for such children.

In case if an elderly couple approach the authorities and complain of ill-treatment by their own children, an inquiry will be launched into the matter and the child will be punished. 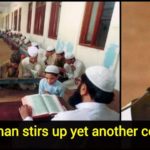 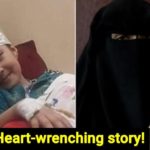