The General Dyer-led massacre at Amritsar’s Jallianwalla Bagh, in the year 1919, left a permanent scar on the hearts of millions of Indians but it was one survivor who waited 21 years for vengeance by killing the main man who held responsible for the disaster- the then lieutenant governor of Punjab Province, General Michael O’Dyer.

Born on December 26, 1899, in Punjab’s Sangrur district, Udham Singh was one among the thousands of people who gathered at the Jallianwalla Bagh on the fateful day of April 13, 1919, to pay tribute to the annual Baisakhi festival.

The city of Amritsar had already been deeply frustrated over the arrests of national leaders. General Michael O’Dyer charged Brigadier-General Reginald Edward Harry Dyer with the resposibility of restoring “law and order.”

After been cautious over the anger that had been developing among the Indian citizens against the colonial government’s oppressive measures, including forced conscription and charging heavy taxes, General Dyer totally banned public gatherings and simply ordered indiscriminate arrests of the Indian people besides other severe punishment.

On April 13, 1919, as thousands of men, women and children gathered at the Jallianwala Bagh, General Dyer commanded his troops to open fire leaving, as per the official figures, 379 people dead at the spot and roughly more than 1,200 were badly injured.

Udham Singh was brought up by Central Khalsa Orphanage after he lost his father and mother at an early age.

He was at the Jalianwalla Bagh with his friends from the orphanage to extend contributions by providing water to the large gathering. The massacre tragedy scarred him like the millions of Indians and so he made up his mind from the very next second to take vengeance by eliminating General Michael O’Dyer.

Udham Singh who was 20 years old at the time of the Jalianwala Bagh massacre, soon travelled to East Africa ply his trade as a labourer before shifting himself to the United States of America, where he met members of the Ghadar Party which is a revolutionary group formed by immigrant Punjabi-Sikhs for India’s independence from British rule.

Udham Singh travelled across America to get the much-needed support for the Ghadar Party before returning to Punjab in 1927 on the orders of Bhagat Singh whom he considered as his idol. However, he was detained and jailed for four years for possession of “illegal arms” and running the Ghadr Party’s publication, Ghadr di Gunj.

Udham Singh was released from jail in 1931 and then he travelled to Germany by evading police surveillance. He reached England in 1933 with fire on his belly only to assassinate General Michael O’Dyer, who justified the Jalianwala Bagh massacre as a “correct action.”

On March 13 1940, Udham Singh successfully shot General Michael O’Dyer at a joint meeting of the East India Association and the Central Asian Society at Caxton Hallin London. Even after shooting the target, Udham Singh did not escape from the spot. He was arrested for the killing.

It was only during his trial, Udham Singh said that he had waited 21 years to kill General Michael O’Dyer as the British official “wanted to crush the spirit of my people, so I crushed him.”

Udham Singh was hanged 4 months later. His mortal remains were handed over to India in the year 1974. 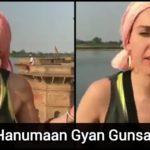 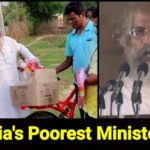