In the aftermath of the Surat fire disaster that shocked the nation, the Delhi government notified the city’s fire department to take quick action for “closing down” coaching institutes that are operating above the fourth floor in buildings as it is a violation of fire safety norms.

The Delhi Fire Service director has been administered to “take strict action as per fire safety standards and guidelines to prevent recurrence of such accidents (Surat fire),” an official order issued by Home Minister Satyendar Jain added.

“It is further directed that as a precautionary step, in the first phase, all such coaching centres operating in high-rise buildings (having more than four floors, excluding stilt floor) shall be inspected by the director (fire service),” the order said.

“He shall take immediate action for closing down the operation of coaching institutes operating above the fourth floor in such buildings in violation of the fire norms,” it added.

The inspections will soon begin in areas like Mukherjee Nagar, Laxmi Nagar, and other such hubs of coaching institutes in the city, Jain said.

The Delhi Fire Service has already assigned area-wise officers to begin the inspection.

As per the official, they are focussing on high-rise buildings where coaching centres are operating and inspecting whether these centres have ‘functional firefighting equipments’, ‘good electrical wiring’ and adequate emergency routes’

It is well known that aspirants from across the country come to Delhi to prepare for competitive exams. Areas like Laxmi Nagar, Mukherjee Nagar, Kalu Sarai, Ber Sarai, Jia Sarai, Munirka and Karol Bagh are home to many coaching centres.

22 students, including 18 girls who belonged to art and craft coaching institute were killed in the raging fire that surrounded the four-storey Takshashila Arcade in Sarthana area of Surat on May 24. 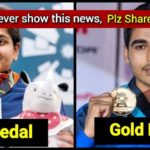