A video surfaced online on social media depicts a Pakistani man riding hike bike with a cow just sitting in front of him.

The man rides his motorcycle quite comfortably while the huge cow, covered with a grey-coloured cloth somehow sits on the fuel tank and looks around calmly.

“Kamaal. Yeh Pakistani jugaad hai, (Wow, this is a Pakistani hack,” the fellow biker can be heard in the video clip.

The bike rider then smiles at the camera as passersby compliment for the cow for cooperating with him.

Soon after the video was shared on social media, it spread like wildfire and received a lot of reactions.

While many lauded the rider and the animal for remaining calm, some felt that it was animal abuse which could have easily resulted in an accident.

One guy wrote, “The animal is frightened..pour soul!! Humans are monsters!!”

“Welcome to Pakistan! Bring your cows, pigs, donkeys, and monkeys with you for an amazing bike ride!” wrote another.

“Extremely dangerous; no helmets for starters. The calf appears docile but one bit of panic could prove fatal. But I love it,” another user commented on Twitter.

As per the Daily Mail report, the video was captured in rural Pakistan earlier this month. 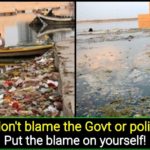 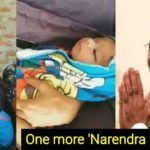