In what was a disgusting and disturbing incident in West Bengal, a 4-year-old boy was tortured beyond the limits as he was stripped and burnt with steaming khichdi at a government-run child development centre, a state-funded organisation where children up to six years are given supplementary nutrition, immunization, and non-formal education.

The shocking incident of the kid crying in pain happened in Raghunathganj area of Murshidabad district on Friday.

As per police, the cruel act was committed by a staff member after the boy who was hungry asked for an extra egg for breakfast.

The woman by the name of Sehari Bawa who saw the entire scene allegedly got absolutely livid with the boy. She took an extreme step as she stripped the boy in front of other students and also poured steaming khichdi on his back.

The incident came to view after the child’s mother lodged a police complaint against the woman after her son came home crying. As per Hindustan Times, a case has been filed against Sehari who has gone into hiding since the shocking incident.

The child didn’t do anything wrong but just asked for an extra egg as he was hungry. But this woman set a bad example by doing such a horrific thing. How can someone be so ruthless? Obviously, nothing would have happened if she had given him more food. 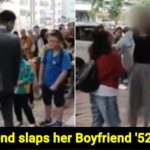 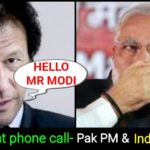