A global study finds that Indians are hardworking employees in the world. It has been said that 69 per cent of full-time Indian employees work five days a week. The survey was done by Kronos Incorporated, an international workforce management company. It also went on to reveal revelations done in the US, Canada, Germany, Mexico, France, Australia.

But a UK company, Portcullis Legals has switched over to a four-day working week and also gives a statement that their staff and customers have never been any happier.

Yes, you read it right! No kidding. The company situated in Plymouth, England has also given a hike to its employees, announcing a four-day work week. The company’s bosses have also said that the staff is happier since they have been getting three days leave in 7 days.

As per LadBible, Managing Director Trevor Worth of Plymouth Live said the early signs were too good that their team is happier compared to before and also the customers are now receiving a better service and four-day work week is worth applauding.

“The initial results have been heartening – our team is happier and our customers are receiving a better service.”

The company then decided to run a five-month trial, with its 9 members of staff and has ever since planned to bring in the four-day work a week permanently.

“The response has been extraordinary and there’s a real passion to help other firms achieve a happier working week for their staff.”

The potential move to working four days a week instead of the usual five is now gaining massive popularity with employers, after claims that it makes the workforce much more happier and productive than ever before. 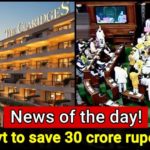