The BJP won over 300 seats out of the 542 seats. After Nehru and Indira, Modi is only Prime Minister to be voted to power with full majority.

In his recent post on Facebook today, Robert Vadra said that it was really “disheartening” but according to him winning and losing is a part of life. He went on to congratulate Prime Minister Narendra Modi, Bharatiya Janata Party and NDA. He believes that India is governed in a “secular and democratic way”.

“Winning and losing is a part of life. My best wishes to the Congress party leaders and workers. There was plenty of hard work that went into elections. No doubt, it’s disheartening but let’s keep the fight on,” Robert Vadra said.

“I congratulate Prime Minister Narendra Modi, BJP and NDA. I really hope that India is governed in a secular & a democratic way,” he said.

Congress party in this election ran through a defeat this time around in the Lok Sabha elections. One of the leading opposition parties, Congress, won merely around 50 seats in contrast to the BJP along with its alliances that had won nearly 350 seats out of the 542 seats. 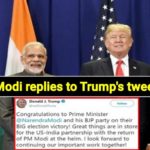 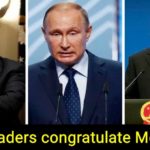