Prime Minister Narendra Modi-led NDA government secured a sensational victory in the 2019 Lok Sabha elections and Bharatiya Janata Party alone has won over 300 seats whereas the NDA scored the total number to 350 and very soon people came to a conclusion that PM Modi was returning to power with a stronger majority.

After Nehru and Indira, Modi is only Prime Minister to be voted to power with full majority. World leaders came forward to wish Narendra Modi on electoral victory under leadership.

US President Donald Trump extended his congratulatory messages to PM Modi for his massive win.

“Congratulations to Prime Minister @NarendraModi and his BJP party on their BIG election victory! Great things are in store for the US-India partnership with the return of PM Modi at the helm. I look forward to continuing our important work together!,” Donald Trump congratulated PM Modi.

In reply, PM Modi thanked Donald Trump. “Thank you @realDonaldTrump! This victory represents the aspirations of a nation of 1.3 billion people. I too am looking forward to working closely with you for closer bilateral ties, which also augur well for global peace and prosperity.”

Russian President Vladimir Putin also sent a congratulatory message to PM Modi. “Kindly accept heartfelt congratulations on the resounding victory of Bharatiya Janata Party in the general parliamentary elections. I am convinced that as the Prime Minister of the Republic of India you will further contribute to strengthening the centuries-old friendship between our peoples and enhancing comprehensive development of special and privileged strategic partnership between Russia and India,” Putin wrote.

Israel President also followed it up with a tweet. “Congratulations, my friend @Narendramodi, on your impressive election victory! The election results further reaffirm your leadership of the world’s largest democracy. Together we will continue to strengthen the great friendship between India & Israel. Well done, my friend! ?????”

Pakistan Prime Minister Imran Khan conveyed congratulatory messages to Narendra Modi on his sensational victory in the general elections and also expressed his desire to work with him for peace, progress and prosperity in the region.

“I congratulate Prime Minister Modi on the electoral victory of BJP and allies. Look forward to working with him for peace, progress and prosperity in South Asia,” Khan tweeted.

Raveesh Kumar, official spokesperson and Ministry of External Affairs, India came up with a message from Chinese President XI Jinping congratulating Modi on the electoral victory under his leadership.

“Congratulations on your re-election. The strong mandate reflects the results of your first term and the consequent trust that the people of India repose in your leadership. Singapore appreciates the personal focus you have placed on developing our bilateral relationship… Singapore also welcomes India’s deepening engagement of the region, in line with your Act East policy,” Singapore PM wrote his congratulatory letter to Modi. 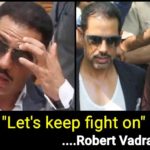 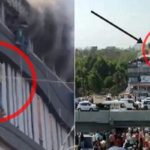