MeToo campaign encouraged women to speak up about harassment at office and also raised awareness on this issue, but it appears that the empowering movement also led to negative consequences.

A recent study found that male leaders in top-level positions are uncomfortable interacting with female colleagues at the workplace, including a one-on-one meeting.

In a recent study done by SurveyMonkey, a survey platform for LeanIn.org, a non-profit organisation founded by Facebook’s COO Sheryl Sandberg to support working females, the researchers have interviewed more than 5,000 working professional and came to a conclusion that 60 per cent male managers hesitate to interact or talk (mentoring or socialising) with women at the workplace.

The same study was done in 2018 and it was revealed that 34 per cent male managers confessed to being uncomfortable in mentoring with their female colleagues outside the office. But this year saw a rise in count as the number has jumped to 48 per cent.

The research also cites that 34 per cent males (about a third of the participants) have purposely started ignoring women employees outside work and they are not interested to have a one-on-one meeting outside the office as they feel hesitated to travel with them for official purpose.

About 36% of men opened up that they avoided socialising with female employees keeping one question in mind i.e. ‘how would it look’.

According to statistics, male employees at senior-level are 12 times more likely to have discomfort in having a one-on-one meeting with a junior female colleague compared to a male colleague. 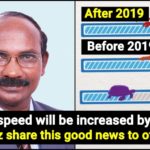 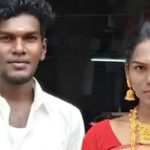