What happens if you smear cake on people’s faces in Gujarat? Guess what happens? You’ll end up in jail. Yes, Surat police have taken stringent action against birthday celebrations which have been turning violent these days. Earlier, it was the same police which banned PUBG.

From now one, smearing cake or using adhesive tape and chemical foam in a public place is strictly prohibited. But these are small things that Indians have always loved doing on birthdays. People crossing the limits can land them in jail.

It was Satish Sharma who issued the prohibitory orders on Monday after examples of people beating each other came to light.

As per TOI, Section 144 of the Code of Criminal Procedure has been set in motion from May 14 to July 12. Those who breach this order will be answerable under provisions of Section 188 of the Indian Penal Code

“We received information about incidents in which individuals suffered injuries in a birthday celebration,” said Police Commissioner- Satish Sharma to The Times of India.

“A young man whose birthday was being celebrated was tied to a light pole and later eggs were thrown at him. The boy fell on ground when freed by neighbours,” said sources in the police to TOI.

Here’s the translated one: 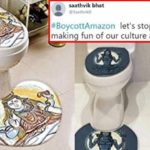 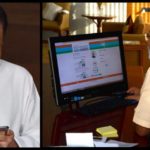