In an unexpected turn of events, a farmer from a village named Mahisagar in Gujarat was usually working on his farm when he bit back a snake that assaulted him in the first place on Saturday evening.

The man was so annoyed by the attack that he wanted to kill the snake by himself. After the incident, he collapsed to the ground and was then rushed to a government hospital at Lunawada for treatment.

As per TOI, the 70-year-old man identified as Parvat Gala Baria picked up the snake and devoured it in anger.

The man’s daughter-in-law told the reporters that another relative who witnessed the whole scene took the snake and then burnt it.

The relative then immediately took Baria to a nearby local hospital with the dead snake’s remains.

With no unwavering luck, Baria was not treated immediately as he was shifted to a private hospital and later to Godhra civil hospital, where he died fours hours after the snakebite.

Unfortunately, he passed away. Baria’s death also reflects the inefficiency of medical facilities in the nation. 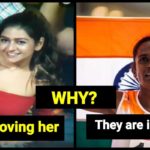 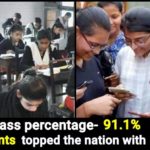