We live in a society where one’s looks carry more weightage even if it means the individual has done nothing to make the country proud. Very recently, people across India became so obsessed with a girl who was spotted in the gallery, cheering for Royal Challengers Bangalore during the IPL match against Sunrisers Hyderabad.

She just appeared once this IPL and people, all of a sudden, started calling her as ‘mystery girl’. When the cameraman showed her on the big screen, people went gaga over her. Some meme pages are showing the world that she is ‘National Crush’.

In addition to that, people started calling her as a lucky charm as RCB won the match and the fans even want the captain of the team, Virat Kohli to invite the overnight sensation for all the RCB matches next season for a possible turnaround in results.

As per the reports, the girl named Deepika Goshe works as a stylist for Bollywood and is known to be a massive cricket fan.

After she became an overnight sensation, some even googled about her but they didn’t show the same kind of interest and enthusiasm after a girl won a gold medal for India with a pair of torn shoes.

Yes, there is other side of the story that needs to be told to everyone to show the current mindset of the society in our country.

Gomathi Marimuthu became the first woman to win a gold medal for India in 800m race. Did anyone take time to tweet or post a congratulatory message for her? The truth is hardly anyone talked about her.

More importantly, Gomathi carried the hopes of the nation and did India proud when she clinched a yellow metal but nobody even knows about her name. What’s wrong with society? What’s wrong with people’s mindset?

Tamil Nadu girl won gold for the country by running with a pair of torn shoes. Without the state or central government support, the lady Singham did everything on her own to take part in the Asian Athletics Championship, right from booking flight tickets (including return ticket) to hotel tickets.

This sums up the essential Gomathi for you!

The Youth sincerely hopes that people would start praising the true heroes who are bringing laurels for India! 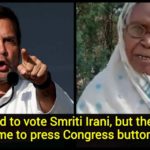 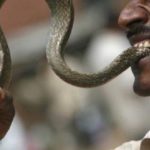