The deadly ‘Cyclone Fani’ tore Odisha coast apart yesterday with heavy showers following which the storm started around 8 am. The trees were moving wildly in the rain and wind.

MeT department said the wind smashed the coast at a speed of 150 to 175 km per hour and in fact, it was even higher at some places. It has been said that more than 11 lakh people have been evacuated from coastal areas in the last day.

Even the tranquil sea in Chandipur is violent, according to officials. After the devastating impact of Cyclone Fani, over 223 trains along the Odisha coastline in the Kolkata-Chennai route are cancelled.

Areas in the town of Puri and other places were submerged in water as the rain smashed the coast, the officials say.

The impact of Cyclone Fani was seen when the towering crane of twenty storeys tall failed to withstand the force of the wind as it goes down crashing down the buildings in Bhubaneswar.

So many people got affected due it as they lost their homes in front of their eyes.

“The construction company should take the responsibilities as there were enough warnings from the concerned department regarding the Fani. They should have lowered the object,” one FB user wrote.

“My friend’s house destroyed by this crane; fortunately there is no casualties happened,” one more guy wrote. He also attached a picture. 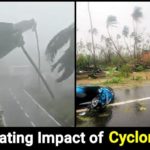 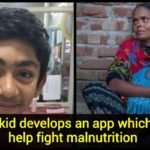