Prime Minister Narendra Modi on Saturday during a meeting discussed the situation with Odisha CM Naveen Patnaik and Governor Ganeshi Lal and guaranteed strong support from the central government. PM Modi will visit Odisha on Monday (May 6) to analyse the situation.

“Spoke to Odisha CM Naveen Patnaik Ji and discussed the situation prevailing due to cyclone Fani. Assured continuous support from the Central Government in the wake of the cyclone. The entire nation stands in solidarity with all those affected by the cyclone in different parts,” Modi tweeted.

“Had a discussion with Odisha Governor Professor Ganeshi Lal Ji on the situation in the state due to Cyclone Fani. Assured all possible help from the Centre to the sisters and brothers of Odisha, who are showing exemplary courage in the face of a natural disaster,” said PM Modi in another tweet.

“Spoke to Shri Keshari Nath Tripathi Ji, the Governor of West Bengal on the situation due to Cyclone Fani. Reiterated the Centre’s readiness to provide all help needed to cope with the cyclone. Also conveyed my solidarity with the people of Bengal in the wake of Cyclone Fani,” he said on Twitter.

Chief Minister Naveen Patnaik held a review meeting with senior officials on the destruction caused by Cyclone Fani in the state on Friday night.

Odisha CM said in the last 24 hours, over 12 lakh people were evacuated from vulnerable districts to safer locations.

“Just now, I reviewed the cyclone situation with the chief secretary and other senior officers. Our first priority is to evacuate people living in vulnerable areas, including kutcha houses.

In the last 24 hours, 12 lakh people have been evacuated to safer locations and they are being taken care of in shelters. As we speak, Fani (pronounced Foni) is still passing through Odisha, and an assessment of damage will be possible only after it crosses the state,” he said. 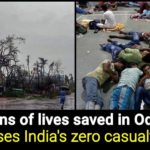 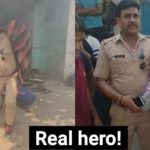