As per the official statement, on behalf of the President of France, Ambassador of France to India, Alexandre Ziegler conferred AS Kiran Kumar with the highest civilian honour of France.

Jean-Yves Le Gall who is the Chairman of CNES, the French space agency, marked his presence at the special investiture ceremony held at the Residence of France, it said.

Throughout his career at ISRO, including as its chairman from 2015 to 2018, Kumar uplifted the historic and ambitious space cooperation between India and France.

Created in 1802 by Napoleon Bonaparte, the Ordre national de la Légion d’Honneur (National Order of the Legion of Honour) is said to be the highest civilian award given by the French for awesome service to France, irrespective of the nationality of the recipient.

The President of the French Republic is the Grand Master of the National Order of the Legion of Honour. 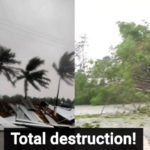 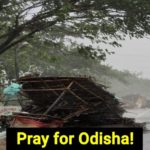