It really makes us wonder how do people become rich? Yes, there are many different ways to become rich. If you are born rich, then it is the easiest way to become rich. But if you marry a rich person, you would reap the benefits and become rich overnight. By virtue of hard work, willpower, long-term vision, one can become rich.

Everyone wishes to touch the altitude of success. There is no one who wants to lead a modest life. Though we all dream of being successful, very few of us get to taste success. They build a better foundation for themselves by bettering themselves from what they are now.

Their aim is not to be better than anyone else but to be better than they used to be and this is indeed the secret behind one’s success. This is how one can write their own success story. On top of that, one must relentlessly keep on fighting, no matter how hard the situation is.

This is a success story of an Indian-origin Sikh.man who lives a luxury life in the UK. The internet has eyes on this special man regularly as he flaunts a billionaire lifestyle on display for his 118k Instagram followers.

The main reason behind his huge success is that one of the British national disrespected his Turban by calling it a ‘bandage’ and since then he wanted to achieve something big in life. Finally, he did it!

Reuben Singh, who has been called as the “British Bill Gates”, has gone rife once again after he posted a picture of his marvellous collection of six Rolls Royces, that together cost ₹17,05,24,581.

Quite interestingly, his new Rolls Royces are like part of his “Jewels Collection”, which contains three Rolls Royce Phantoms and three Rolls Royce Cullinans. Each one of them is painted beautifully so much so that it would resemble Rubies, Sapphires and Emeralds. The Phantoms are estimated to be about ₹3.35 crore each, and the Cullinan adds up to ₹2.32 crore each.

The car enthusiast had taken up the “turban challenge”- a charity initiative that had him aptly matching the colour of his turban to a different Rolls Royce for a whole week. 7 different turbans matching 7 Rolls Royces.

With as many as 15 Rolls Royce’s in his car garage among other luxury cars, it is quite interesting for us to know what Reuben Singh actually does for a living.

He is the London-based CEP of alldayPA and Isher Capital where he first entered business only at the age of 19, with a fashion accessories retail chain brand known as Miss Attitude. After that, he created alldayPA, which is a high-quality call handling and telephone answering service in the UK.

On top of that, we might be still figuring out why somebody would actually buy the same car in a variety of colours.

Reuben Singh responded the caption very clearly, where he wrote, “In life, so many things we do for ourselves are then irrelevantly questioned by others. People ask why? For what? Because of? What’s the point? So long as no one is hurt, no one is betrayed or no one is cheated; Smile and do whatever you want. There doesn’t need to be an answer for everyone’s question.” 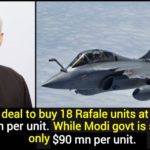 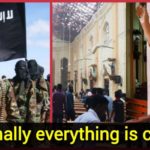