Former England cricket team skipper and commentator (at present) Michael Vaughan is quite active on Twitter as he expresses his own views about the game.

Case in point, the former England captain might not have liked Indian cities as he found something weird while he was travelling on the road. Needless to say, his comment about India received a huge backlash on social media after he wrote about the experience which he faced in the country.

He wrote how he came across several animals like elephants, cows, pigs, sheep, camels and goats in the middle of the road.

Vaughan tweeted ‘Love travelling in #India … So far this morning we have seen Elephants, Cows, Camels, Sheep, Goats & Pigs all in the middle of the road … #OnOn.’

Love traveling in #India … So far this morning we have seen Elephants,Cows,Camels,Sheep,Goats & Pigs all in the middle of the road … #OnOn

Maybe his tweet wasn’t meant to insult the whole country but his tweet was not well received by the Indian citizens who bashed him in response. Check out the tweets below:

Someone tell him that we are a happy ecosystem.

I've seen the same in Yokshire. Loved it.

Ninja tacnic of praising and insulting at same time

its so hard to understnd whethr u insulting or praising it… but sir.. thats our ecosystem. dont they hav right to cross te road ? dont they havr wandering liberty ? india is rich of biodiversity. no need of sanctuaries. you get god sights everywhere. not only in roads…

Hahaha you've seen a wildlife sanctuary without buying a token for it?

Someone send him the “Namaste London” dvd please! #OnOn

That's so typically British ! Mentioning love travelling , at the same time mocking India 🙂
Sorry that you couldn't find monkeys and donkeys , the whole UK is full of them !

Thank you for knowing India better. I hope I won't see the same when I visit Britain 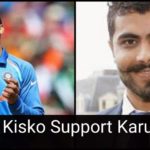 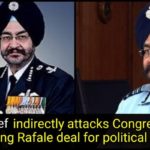