Usually, the majority of doppelgangers are believed to be ardent fans of their lookalikes. For example Lionel Messi’s lookalike is Yasir Shah, who is a cricketer of Pakistan. As far as Abhinandan Pathak is concerned, he looks like the country’s most popular Prime Minister, Narendra Modi, at least to some extent.

Pathak’s relationship with the BJP became uncomfortable after he started disliking their principles and ideologies. According to HT report, he was inspired by the PM but not really convinced by his government’s decisions.

Pathak intention to stand as an independent candidate comes just after being denied a ticket by Congress for whom he campaigned from 3 states in 2019 Lok Sabha polls.

Digging a bit deep about Pathak, he is 51 years old and has a master’s degree in Hindi from Allahabad University. As per HT report, he thanked people, who accumulated Rs 25,000 as security money. 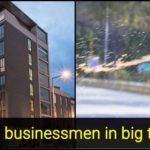 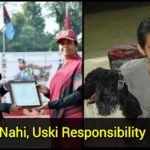