God created everything we are surrounded by and yet the selfish humans think about themselves. Case in point, humans have totally made the planet a ‘complete mess’. Earth is not the same as it was once before. At one side, man is reaping benefits with the technology, natural resources– and on the other side- he is ruining the environment and other life forms which is truly not acceptable at all.

On the contrary, pollution levels are only increasing day by day. It is the effect of undesirable change that adversely affects the well being of plants, animals and human beings. Humans are solely responsible for global climatic change and according to research, human activities led to 70% sea ice loss.

Even today, living creatures are suffering from extreme heat. Instead of sorting the woes permanently, humans are thinking of a temporary remedy by attaching Airconditioners at homes, offices and other places but this is not going to help them in the future.

To beat the heat, one should plant a tree or water a garden to make sure that we experience nature through and through.

However, in an attempt to beat the heat, an auto driver in Kolkata has set a great example by coming up with his innovative idea. Bijay Pal, an auto driver has planted an entire garden at the top of his auto, which looks simply sensational. Nobody has even thought about it.

Yes, an entire garden with small trees and shrubs.

The image which is being circulated on Twitter shows, Bijay Pal, sitting in his auto with a ‘beautiful mini rooftop garden.’ His auto is originally a green auto and it runs on LPG.

As you can see a red line right under the garden, written in Bengali, it says, Save trees, save lives (translation). Bijay Pal loves his garden as he takes care of it by watering it regularly. In fact, he spends a major part of his earnings on his garden.

During extreme hot summers, most of us would go for an auto ride for an Uber ride and Bijay’s innovative idea of keeping his auto cool is so good that he is winning people’s hearts.

Nowadays, our country is in a national health crisis as children are spending more time indoors and less time outdoors than ever before, which is indeed a worrying sign. This auto driver is teaching everyone that we can all do a bit in some way or the other to make the planet Earth green again.

The Youth salutes this auto driver for his awesome work! 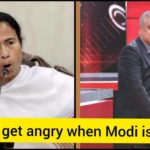