Dreams can be translated into reality if the dreamer has that indomitable will, drive and spark to surge a person on until the goal is attained. Sawan Raj Bharti is in the spotlight as he became Bihar topper by securing an overall score of 97.2 %, Bihar School Examination Board (BSEB) announced the result for Class 10th examination on Saturday.

Yes, Sawan Raj Bharti of Simultala Awasiya Vidyalaya (SAV) in Jamui has topped BSEB matric examination 2019. Sawan said that he already set high standards for himself to achieve big in life as he was extra motivated to become Bihar topper.

Now that it’s a dream-come-true moment for him and his next mission is to crack the Union Public Service Commission exam in future. When asked about his success, he said he couldn’t keep eyes off the book as he spent 15 hours studying daily and as a result, it was easy for him to get the results that he wanted. He accomplished his mission to become the state topper.

The topper hails from a village- Rajaun in the Banka district and has been living in a residential government school since class 9. He is the son of a farmer. He secured 486 out of 500 marks in the board exam. 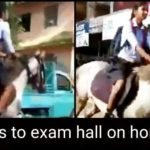 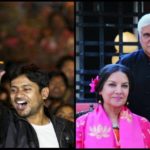