Each one of us has a unique personality and we must indeed be proud of the uniqueness of nature. There is literally nothing under the sun that we cannot achieve with talent. If charcoal had thought that it was ‘ugly and useless’ it would not have turned into a sparkling diamond and if a person like Julia Stewart had thought that it was impossible for her to become a successful businesswoman, then she would have been a waitress for the rest of her life.

Julia Stewart’s story is really inspiring and it is dedicated to the ones who set their own limitations by faulty conditioning of mind with the wrong mindset such as “I am good for nothing”, “This is impossible for me”. After reading the story, one can come to a firm conclusion to finally break these stereotypes of self-imposed limitations and start achieving success.

Let’s learn about Julia Stewart. At the age of 16, she worked as a waitress for IHOP. By virtue of hard work, grit and determination, she became the President of Applebee’s. But she was denied the opportunity to be CEO that she believed she had been promised.

But when Applebee’s didn’t live up to the word, Julia immediately left the place and then became the CEO at IHOP and then proceeded to takeover Applebee’s in 2007, initially taking on $2.3 billion in debt.

Today, her firm, publicly traded DineEquity, has more than 3,600 Applebee’s and IHOP restaurants. In what was deemed as one of the success stories, the company’s turnover for the last 12 months was estimated at $669 million.

In 2007, Julia Stewart was ranked 49 on the Forbes magazine list of the 50 Most Powerful Women. On 17th of February 2017, Julia Stewart quit her position as Chief Executive Officer with DineEquity. 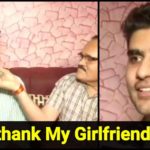 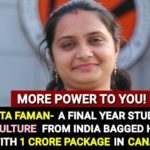