God created us for a purpose i.e. to do our duties in this world and people must realise this and accomplish their goals so as to touch the lives of fellow beings. But there is a general lack of uprightness in today’s world. Instead of sharing love, unity, kindness and happiness, people are spreading hatred among others only to divide themselves.

It is really hard to imagine the impediments that Hindus face in Pakistan. There are as many as 3.4 million Hindus in Pakistan and a majority of them belong to Dalit/Scheduled Caste. They are farmers and labourers and not all of them live a peaceful life as a majority of them are now in the sickening stage.

They are afflicted with various painful experiences like forced religious conversion (Hinduism to Islam), forced marriage. The recent incident of two Hindu girls happened in Pakistan’s Sindh province serve as a testament to the fact.

The poor girls did nothing but celebrated Holi but were abducted, forced to convert to Islam and were married to elderly men, in what was a real nightmare for the Hindu girls. Post the shocking incident, one more Hindu girl was abducted in the same region.

Pakistan Prime Minister might have ordered a probe into these cases, but the reality is that they wouldn’t sort out the woes at the first place. Instead, they claim that people willingly accepted to undergo religious conversion and marriage. In addition, some other horrifying cases which happen behind the scenes go unnoticed or unreported.

As the leaders of the nation, they should make sure that equality is spread among the citizens and even the politicians in TV channels claim that they would do anything to make the nation better if they are voted to power but unfortunately, they wouldn’t live up to their word and that’s the reality.

One of the Pakistani nationals who is a Hindu said that “our rights, our respect and our dignity should be supported by all of Pakistan.” The sovereign state of Pakistan must reflect upon the count of 5000 Hindus that migrate to India each year.

This happens because of forced marriages or forced conversions or complications in business or criticism in educational institutions according to sources. Hindus are hated everywhere in Pakistan and are treated very badly.

In school and elsewhere, they won’t get water as they will have to carry their own water bottles. Also, it’s been 8-9 years since Hindu girls were abducted and their heartbroken parents couldn’t see their daughters till now. We’ll just leave it to your imagination. Has Pakistan taken any possible measure to ensure minorities are treated equally? 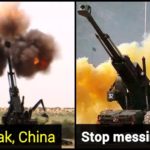 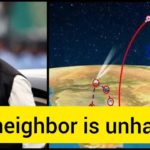