In the latest development, External affairs minister Sushma Swaraj on Tuesday took to micro-blogging platform to demand justice for the two minor Pakistani Hindu girls who were forced to marry to elderly men and convert to Islam. She also asked the Pakistan administration to reunite the minor girls to their families.

Even the Prime Minister on Naya Pakistan will not believe that girls of this tender age can voluntarily decide about their conversion to another religion and marriage. /2

Forced conversion of Hindu girls in Pakistan : The age of the girls is not disputed. Raveena is only 13 and Reena is 15 years old. /1

Justice demands that both these girls should be restored to their family immediately. /3

Following the video of the forced religious conversion went viral on social media, the external affairs minister took this matter very seriously and asked the Indian High Commission in Pakistan to lodge a report in this regard.

On Monday, a man had been detained in the country for allegedly helping in officiating the wedding of the two girls, who had approached a court in Pakistan’s Punjab province seeking protection after they were reportedly kidnapped and were forced to go through the religious conversion.

Also, read: Father of kidnapped Pak girls protests and cries outside the mosque, says Shoot me

The shameful act of kidnapping two teenage Hindu girls- 13-year-old Raveena and 15-year-old Reena on Holi to forcibly convert to Islam and then to marry them off to older Muslim men in Pakistan’s Sindh province stunned the people from across the world.

A recent heart-wrenching video of the father of girls went viral on social media, in which he can be seen crying for help and pleading in front of the police to file their complaint and take action against the accused who had forcibly kidnapped and converted his daughters.

The father of Raveena and Reena cried and protested in front of the police station. According to the video, the father can be heard saying, “You can shoot me, I had the patience, but now I won’t leave until my daughters are back”. 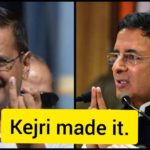