In a sensational development this morning, former Indian cricketer Gautam Gambhir joined Bharatiya Janata Party ahead of the Lok Sabha elections 2019. Soon after being inducted into the Delhi cadre of the party, he pledged to live up to party’s expectations.

He reckons that this is the right opportunity for him to do something for his people as he is looking forward to delivering his best.

Speaking at BJP headquarters in Delhi, Gambhir said, “I thank the party for giving me this opportunity. I am joining this party after being inspired by Prime Minister Narendra Modi’s vision. It’s an opportunity for me to do something for my countrymen. I look forward to doing my best.”

BJP leader Arun Jaitley, who was present at the announcement, did not reveal the constituency where the party will field the former Indian cricketer from. “Let’s leave it to the country’s Election Committee. For now, we are happy he joined the party,” he said.

Gautam Gambhir called it quits from all forms of cricket in December 2018, with the Ranji Trophy game between Delhi and Andhra Pradesh being his last cricket match.

“The next Ranji Trophy match against Andhra will be my last game in the sun. It is all coming to an end from where it started at Feroz Shah Kotla,” the former Indian cricketer said in his video announcement, which was shared on social media platform. “As a batsman, I have always valued timing. I know the time is just right and I am sure it’s sweet as well,” he said.

The most difficult decisions are often taken with the heaviest of hearts.

And with one heavy heart, I’ve decided to make an announcement that I’ve dreaded all my life.

Gautam Gambhir has always been vocal about today’s events and problems happening in society and especially on our India’s stand on terrorism including cricketing ties with neighbours. He shares his views on Twitter and regarding the pollution issues in Delhi, he slammed Arvind Kejriwal. Check out the tweet below:

When Gambhir had a heated exchange with Omar Abdullah over Mannan Wani’s death.

Mannan Wani’s death: We killed a terrorist and lost a radicalised talent. @OmarAbdullah @MehboobaMufti @INCIndia @BJP4India all should bow their heads in embarrassment that they left a young man drift from books to embrace bullet.

Come on @OmarAbdullah you shouldn’t talk about maps, you are hell bent in changing the map of my country by talking Kashmir to Pakistan! Stroll out of that ivory tower and explain what u or ur fellow politicians have done to engage the Kashmiri youth @BJP4India @INCIndia

Come on @OmarAbdullah you shouldn’t talk about maps, you are hell bent in changing the map of my country by talking Kashmir to Pakistan! Stroll out of that ivory tower and explain what u or ur fellow politicians have done to engage the Kashmiri youth @BJP4India @INCIndia

You aren’t alone @OmarAbdullah, most of ur lot (read politicians) don’t like mirror thrusted on u and that’s why my country is bleeding. Nationalism and sacrifice need men of real character and not someone like u searching for lip-service in 280 character limit of social media!!!

Gambhir also voiced his opinion about the Amritsar train tragedy where a group of Ramlila revellers were mowed down by a speeding train.

Talking about farmers’ suicides across the nation, Gambhir also slammed the political parties for their inaction 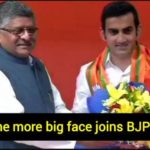 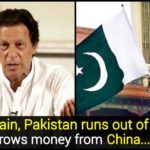