Indian Air Force Wing Commander Abhinandan Varthaman who was held captive by Pakistani officials has finally been handed over to India. The moment he crossed the border to enter India was an unbelievable feeling to all the Indians and Abhinandan’s parents are happy now. IAF pilot’s return is viewed as a massive diplomatic victory for India.

Pakistan PM Imran Khan on Thursday announced that IAF pilot will be freed on Friday as a ‘gesture of peace’.

“Abhinandan has just been just handed over to us. He will be taken for a detailed medical check-up. This is recommended as he ejected from airplane. IAF is happy to have him back,” said AVM Kapoor.

Citizens, celebrities and political leaders are now celebrating after the return of the Indian pilot. The pilot was held captive by Pakistani forces after his MiG 21 Bison crossed the Line Of Control (LoC) and landed erroneously into the neighbouring country’s territory.

Before the Wing commander was captured, he fought his captors brilliantly, fired into the air and then swallowed important documents which should not have been seized by enemy hands. All this happened while he was ‘bleeding profusely’ after the crash. 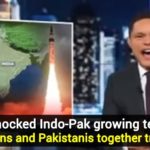 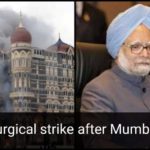