Just a couple of days after being sacked from The Kapil Sharma Show, Navjot Singh Sidhu has once again been on the receiving end as he has been banned from entering Mumbai’s film city, according to a report by DNA.

As per the report, the Federation of Western India Cine Employees announced their decision and wrote a letter to ‘Film City managing director’, urging them to ban Sidhu from entering the location’s premises.

Interestingly, this is the same federation that had previously banned Pakistani artists from working in India and the release of Indian films in Pakistan.

Navjot Singh Sidhu, while addressing the reporters outside Punjab assembly, stated,“For a handful of people, can you blame the entire nation and can you blame an individual?”

His remarks didn’t go down too well with users on social media and almost everybody wanted him to be removed from The Kapil Sharma show and as a result, Sidhu was shown the exit door.

I was called in by the channel because Sidhu wasn’t available for those days for some personal work/ I agreed to shoot for the dates as I have done the same before.”

“I think people are joining the wrong dots that I am replacing Sidhu because of the backlash. Well, also if that is true, I haven’t received any confirmation or information on the same from the channel yet.”

She further added, “If I am truly needed for TKSS, then I will have to actually figure out how to adjust the dates because I am already shooting for ‘My Name Is Lakhan’ with Shreyas Talpade and also for another movie. I can only give clarity when I get it myself. Whether I would want to go ahead with TKSS or not is not the question, but will I be able to go ahead or not is the point. Let’s see.” 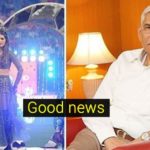 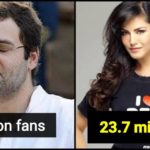