Though India’s fastest train ‘Vande Bharat Express’ has been in news for all the right reasons, some unidentified people are trying their best to defame its name by simply pelting the stones whenever they want to show some hate on the newly-launched train. The recent incident of ‘Vande Bharat Express’ pelted with stones was recorded near Tundla in Uttar Pradesh.

It has been said that several parts of a glass window were shattered in the incident and shockingly, this has happened for the third time within a span of three months when stones are pelted at Vande Bharat Express. Previously, this incident was recorded on December 20 last year and February 2 when it was on a ‘trial run’. The train flagged off by PM Narendra Modi at the National Capital on February 15.

Vande Bharat Express aka Train 18 had broken down on its first official run which gave a chance for Congress president Rahul Gandhi to hit on PM Modi and Make in India campaign.

“Modi ji, I think Make in India needs a serious rethink. Most people feel it has failed. I assure you we in the Congress are thinking very deeply about how it will be done,” Congress chief Gandhi said.

PM Modi in response added that it’s a shame that Congress is making fun of the high-speed train which is an “insult” to engineers and technicians.

Train 18, which is India’s fastest train from New Delhi to Varanasi, can lit the track at a high speed of 160 kmph. It has travel classes like Shatabdi Train but with well-equipped facilities in a bid to provide a whole new level travel experience to passengers.

The train will cover the distance between “New Delhi and Varanasi in 8 hours” taking stops at Kanpur and Allahabad. It has 16 coaches (2 executive chair car and 14 chair car) and is available on all days except Mondays and Thursdays.

It has been said that all coaches of the train are well-equipped with automatic doors, AC, GPS based audio-visual passenger information system, onboard hotspot Wi-Fi for entertainment purposes, and bio-vacuum toilets. Each coach has a pantry with the facility to serve hot meals, hot and cold beverages.

This ‘Make in India’ train which is regarded as the successful train in terms of speed and comfort has regenerative braking system in the coaches which can potentially save up to 30 per cent of electrical energy. 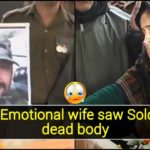 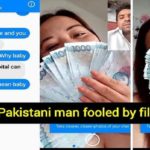