Anything is possible in this world with a familiar formula of hard work, grit, determination and this is what Avinash Kamboj conveyed to the nation. He changed his way of thinking and it changed the whole complexion of his destiny when he bagged a lucrative job package, something that every Indian would want to know how he succeeded in reaching the prime of his career.

To know more about Kamboj, he is the son of a BSF constable. Hailing from Salarpur village in Haryana’s Sirsa district, he pursued his studies at the Institute of Rural Management Anand popularly known as IRMA. He scripted history at the time of placements when he became the highest paid candidate ever. Today, his parents are immensely proud of his success.

FYI, The IRMA was established by the Dr Verghese Kurien in 1979 in a bid to train the rural managers. Avinash told TOI that this is his first job and that he wants to gain loads of experience in the industry and only after that, he will advance into the entrepreneurial world.

According to TOI, Avinash did his schooling from Sirsa and graduated with BSc (agriculture) from Hisar before joining IRMA. “As I am a fresher and this is my first job, I want to gain industry experience for 3-4 years and then will venture into the entrepreneurial world,” said Avinash.

“Like everyone else, my journey too till now, has not been a cakewalk but these difficulties are what transform and mould us,” said Avinash. whose mother Sunita Rani is a homemaker. 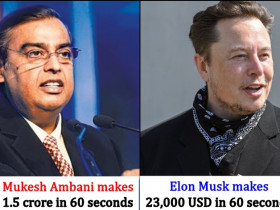