This is a story we have brought for you and struggling youth. No matter what difficulties and how tough time you are going through, it is just a matter of time when all your problems will be wiped off on their own. This is a real and exemplary story for you.

Isn’t it the best feeling in the world when you pull off the ropes from the jaws of defeat especially in the lottery? Playing lottery is the sure-fire way to seal the big deal when you have full luck waving towards you.

In what turned out to be a life-changing moment for the lottery winner from Jamaica, he bagged his £1 million cash award. Interestingly, he didn’t disclose his identity as he wore a ‘Scary’ mask so that his relatives wouldn’t come running behind him for money.

The man by the name of A. Campbell wore the mask that first came to light in the 1996 thriller movie. As reported by DailyMail, Campbell collected a staggering $1.17 million from Jamaica’s Super Lotto lottery after pulling off a spectacular bumper draw in November 2018. He patiently waited 54 days to get his prize.

“Normally, I would write down the numbers from the draw, eat and then go and check my numbers. I want to get a nice house. I haven’t found it yet, but I’ll be looking for one soon. I like to handle money. I don’t beg, I don’t borrow,” Campbell was quoted by DailyMail.

So what is Campbell going to do with that money? He had already decided to invest the money in his business and to buy an apartment for his family.

Wonderful pictures from the award ceremony, which have now gone widespread on social media depict Campbell shaking hands with the organisers as well as the executives of the lottery while wearing the ‘scream’ mask. 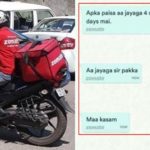 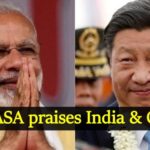