‘Indian Army’ is the main reason why our country is maintaining its status quo loud and proud. They experience sleepless nights in low oxygen conditions and for civilians like us, it is hard to imagine. The ones who represent the Army with tons of pride are the ‘real heroes’ of our nation but sadly, ‘reel heroes’ steal the spotlight for all the infamous reasons.

We are seeing the pictures of actors or actresses getting circulated all over the internet but people are least bothered about the ones who protect us like a ‘shield’. Why do we fail to appreciate the ones who sacrificed their lives for the nation instead of praising the ones who pretend to sacrifice lives in the movies?

Let’s think from a different perspective and learn to respect the ‘real heroes’ more often than not. Today, we are going to talk about the soldier who pushed himself beyond the call of duty as he not only fought for the nation with grit and determination but also sacrificed his life. Each and every time, we hear his story, we get ‘goosebumps’.

Interestingly, his family had a long history of plying the trade in the Rajputana Rifles. Ever since childhood, CHM Piru Singh always wanted to join the Indian army. He was rejected ‘twice’ as he was too young before he got the green light to represent the Army at the age of 18.

CHM Piru Singh became a member in the 6 Rajputana Rifles on 20th May 1936 and went, later on, to join the British Indian Army and was allocated to the 1st Punjab Regiment. Between 1940 and 1945, he plied his trade at North-West Frontier and as an instructor, before moving to Japan as part of the British Commonwealth Occupation Force.

Post the independence, he actively took part in the Indo-Pakistani War of 1947, extending his full support for the Indian Army’s 6th Rajputana Rifles. During the fierce battle, Piru Singh was part of the leading section of a company that was allocated to capture a Pakistani post at Tithwal, in Jammu and Kashmir.

After the attack was launched, the company suffered heavy mortalities. However, Piru Singh single-handedly displayed bravery and successfully occupied a Pakistani medium machine-gun post. But, unfortunately, the entire company was dead or injured badly. Singh alone was left to complete the mission.

During the Jammu & Kashmir operations in summer of 1948, Pakistani raiders captured Tithwal village in the hills of Kashmir as well as gained control over the positions across the river Kishanganga. In a bid to strengthen the advance on the Tithwal sector, the British Indian Army dispatched the 6 Rajputana Rifles into Tithwal.

The aggressive attack started on 11th July and continuously went on till 15th July. In the process, two companies were dispatched to safeguard the features in this area. CHM Piru Singh was leading the company ‘D’ which was to protect the first feature. Piru Singh didn’t lose hope as he inspired his men to push forward shouting, “Raja Ramchandra Ki Jai”, all the way.

Within 30 minutes of their operation, more than half of the company was eliminated. CHM Piru Singh was leading the front sector. When the enemy fire rained heavily upon them, CHM Piru Singh advanced ahead to take out the Medium Machine Gun (MMG) posts. The enemy threw grenades and ripped open his clothes and wounded all parts of his body. Yet, Piru Singh kept on fighting as he advanced to counter and eliminate the attackers from the hills.

Piru Singh moved forward to take out the second MMG post. In the process, a grenade struck him unfortunately and half his face was bleeding. His ammunition got over and was injured badly. yet he did not give up. He lobbed a grenade into a trench of the second post. He stabbed 2 men in another trench and hence he secured the second MMG post.

While coming out from the second post, he was struck in the head with a mortal bullet. But a massive explosion was heard in the third MMG post, assuring that CHM Piru Singh’s grenade had accomplished the mission.

For his impeccable bravery and self-sacrifice to the country, CHM Piru Singh was given the nation’s highest gallantry award, “Param Vir Chakra” posthumously. The story of CHM Piru Singh is one that needs to be told to inspire others. Today, this story continues to inspire millions of Indians and he will always be remembered for his courage and love for his country. 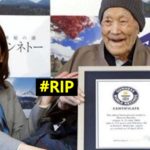 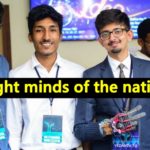