In what seemed to be quite an unusual case in China, a woman was diagnosed with a rare hearing condition, wherein she could easily hear the voices of women but not men, which sounds really strange. The woman by the name of Ms Chen was able to hear all high-pitched sounds but not deeper voices, as reported by daily mail.

She thought she was really tired and needed a good sleep the whole night in the hope that she would get better the next day. However, when she woke up in the morning only to find out that she couldn’t hear her partner. The night previously she had gone to bed suffering ringing in her ear and nausea. Hailing from Xiamen, on the east coast of China, she was rushed to the Qianpu hospital.

An ear, nose and throat specialist, Dr Lin Xiaoqing treated the woman was absolutely baffled over the patient’s condition. According to him, she was able to hear every word that the doctor was communicating with her but the minute a male patient stepped in the scene, Chen couldn’t hear him anything.

Doctors will call it hearing loss, I call it evolution. pic.twitter.com/Tv8AnMnEO0

The woman patient, Chen was diagnosed with reverse-slope hearing loss, that describes that she can hear only high frequencies. Doctors reckon that the cause for this condition could be stress.

In case you don’t know what is a reverse-slope hearing loss:

It is a condition in which a person can hear only high frequencies, a disease which is very rare and affects only one in 13,000 patients according to experts. It is learnt that the patient was suffering from nausea and ringing sound in her ears in the night.

According to the reports by Forbes, possible causes of low-frequency hearing loss are Meniere’s Disease, viral infections, kidney failure, spinal anaesthetics, and pressure changes in your ear from intracranial hypertension. 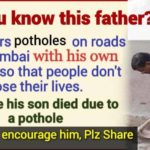